The Story of Admiral Nelson in Cape Town 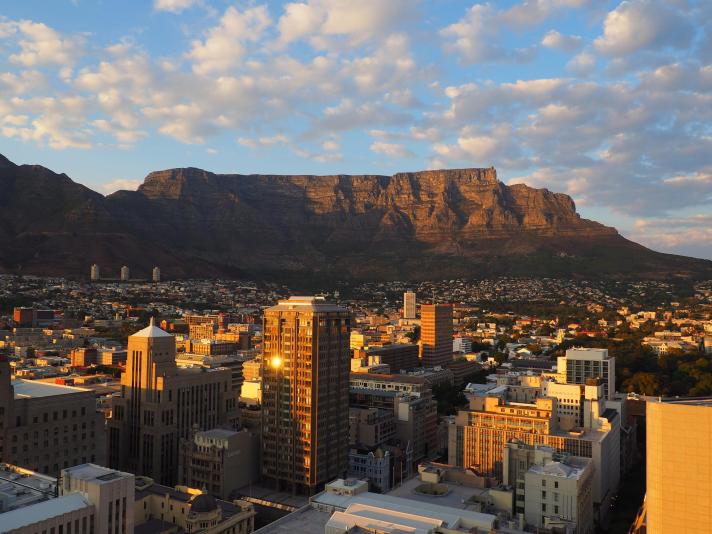 After a twelve hour flight, we arrived in a dazed and crumpled condition at the Mount Nelson for a pre-wedding afternoon tea. My husband’s cousin was getting married in Cape Town and the families had descended from around the world to celebrate. We sat on cushioned wicker chairs in the elegant conservatory at the back of the hotel, with the clipped lawns rolling out to manicured bushes, the soft thwack of a tennis game in the distance and the pervasive majesty of table mountain dominating the backdrop – as it does everywhere there. The setting sun catching the reds and oranges and browns of the rocks and the fresh green of the scrubby trees.

I love a good afternoon tea and rarely seem to have an excuse to indulge in one. Small rectangular cucumber sandwiches, spicy samosas and tiny quiches were followed by a buffet of small cakes and delicacies. The moment when pastry chefs can really express their art: squares of raspberry and white chocolate, pistachio mousse and flavoured macarons. And then, my favourite part: warm scones with mounds of cream and red jam dripping down the sides. All washed down with perfectly balanced teas, brewed for us by an extremely friendly tea sommelier – one of only two in the world, or was it the Cape? And after a cramped long haul flight with a child sleeping with abandon on my numb legs, I felt that I might have fallen out of the sky into a version of heaven. But not quite, because there was no avoiding the uncomfortable reality that our fellow tea consumers were all white-skinned and those serving us were all dark-skinned. As it was nearly everywhere we ate in that beautiful city.

One side of my family were colonial settlers. My mother was born in Zimbabwe and my grandmother’s Dutch family settled in the Cape in the late 17th century, helping the English to rule by judging and instigating their laws. I adored my grandmother. Making a life in the UK had been an accident of the second world war rather than a long-term plan, and she never stopped longing for the land of her childhood; the wide open sky and the sheer, magnificent scale of it. Even as an old, frail woman I remember her squinting up at the grey clouds hanging low over London, pinched by tall buildings, and frowning a little. She never complained, her children and grandchildren were here, but she never stopped craving it. My grandparents were married in Grahamstown, before he went to fight for an England he’d never even set foot in. I’ve got a sepia postcard of them staggering through confetti on a mud road in their travelling clothes. Perhaps they too came to the Mount Nelson hotel. I can imagine them younger, sitting at ease on the stone patio by the mown lawn and looking out at the changing light on the mountains; my grandmother’s back straight as a ballerina’s and a small glass of sherry by her hand. 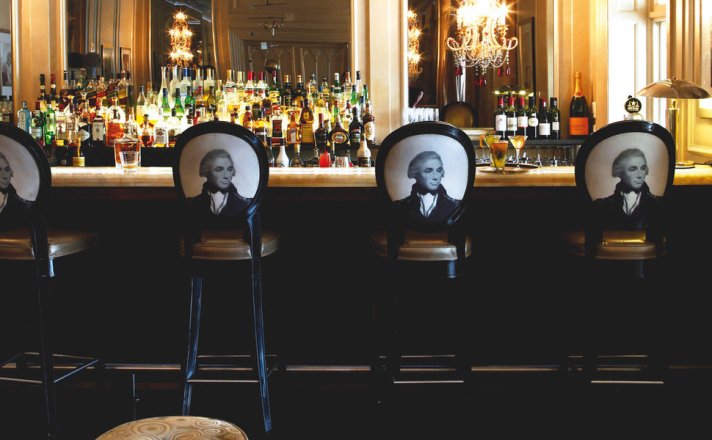 If I’d thought about it, I would have presumed that the Mount Nelson was named in honour of the father of post-apartheid South Africa, Nelson Mandela. But, as we wove our way back through the hotel to the hired car, I was caught by the distinct portraits of four Admiral Nelsons peering out from the backs of four bar stools in the Planet Bar. His pale face mournful and serious, his wig dusted with white powder and his neck tie bunched around his collar. And it dawned on me that this Cape institution, first opened in 1899, was named in honour of our great, English naval hero, killed at the battle of Trafalgar in 1805. And yet the nearest Nelson had got to Southern Africa was the battle of the Nile, thousands of miles away. Two nights later, I found myself eating a delicious steak at the Nelson’s Eye – our hero gazed out from the menu. And as we drove through Simon’s Town for a day out with the penguins, we passed the Lord Nelson Inn: “created in the tradition of fine old inns of the past.”

Why did the story of the English naval hero who fought Napoleon resonate in Cape Town? What was the emotional connection? I wished I could ask my grandmother, but she’d grown up amongst stories of European battles and heroes and wouldn’t see it as incongruous. In the late 18th century, the threat of Napoleon’s ambition shook Europe to its core. A small, Corsican upstart had emerged from the chaos of the French revolution and begun to enlarge France with European land. By stopping his march at the battle of Trafalgar and dying in the process, Nelson became more popular than royalty in England. He was given a state funeral and in the two days that his body lay in the Painted Room in Greenwich, over 15,000 mourners paid their respects to him and many more were turned away. People all over the country had a picture of him above their fireplaces. He still dominates the centre of London, standing proudly on his 170ft column in Trafalgar Square, with a sword in his hand. And perhaps using Admiral Nelson’s name is as simple as a colonial owner celebrating a victory of the motherland. One more story of Anglo Saxon ascendancy that has overlaid the African soil and its people for so many years.

Where is Lord Admiral Nelson’s place in the post-apartheid South Africa of today? As this rainbow nation struggles with a profound racial inequality, that festers at its heart, and the years of corruption, I can’t imagine why an 18th century English naval hero hasn’t yet been toppled. Perhaps, I thought, it shows just how long it takes to redress the imbalances and overlay the old stories with new ones, as I sipped tea and ate another scone. 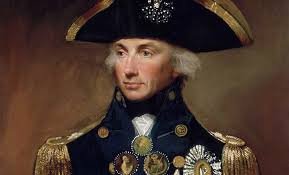 One thought on “The Story of Admiral Nelson in Cape Town”